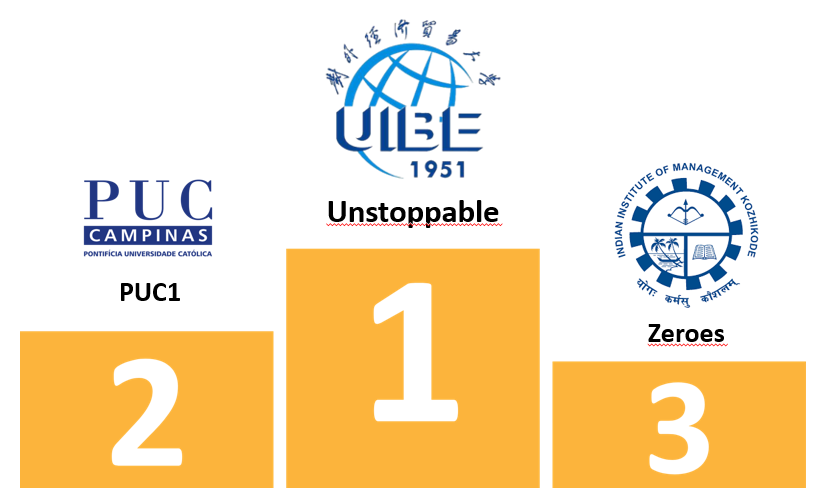 After the success of inaugural champions Team The One from Nankai University in last year’s final, we can report the Cesim Elite trophy will stay in China for another year. Team Unstoppable from the Beijing University of International Business and Economics took the crown after a fierce week of competition.

Congratulations to the winners! They were pushed hard by some excellent teams from around the world. Team PUC1, from Pontificia Universidade Católica de Campinas (Brasil) took second place, and third went to Team Zeroes, from the Indian Institute of Management Kozhikode. 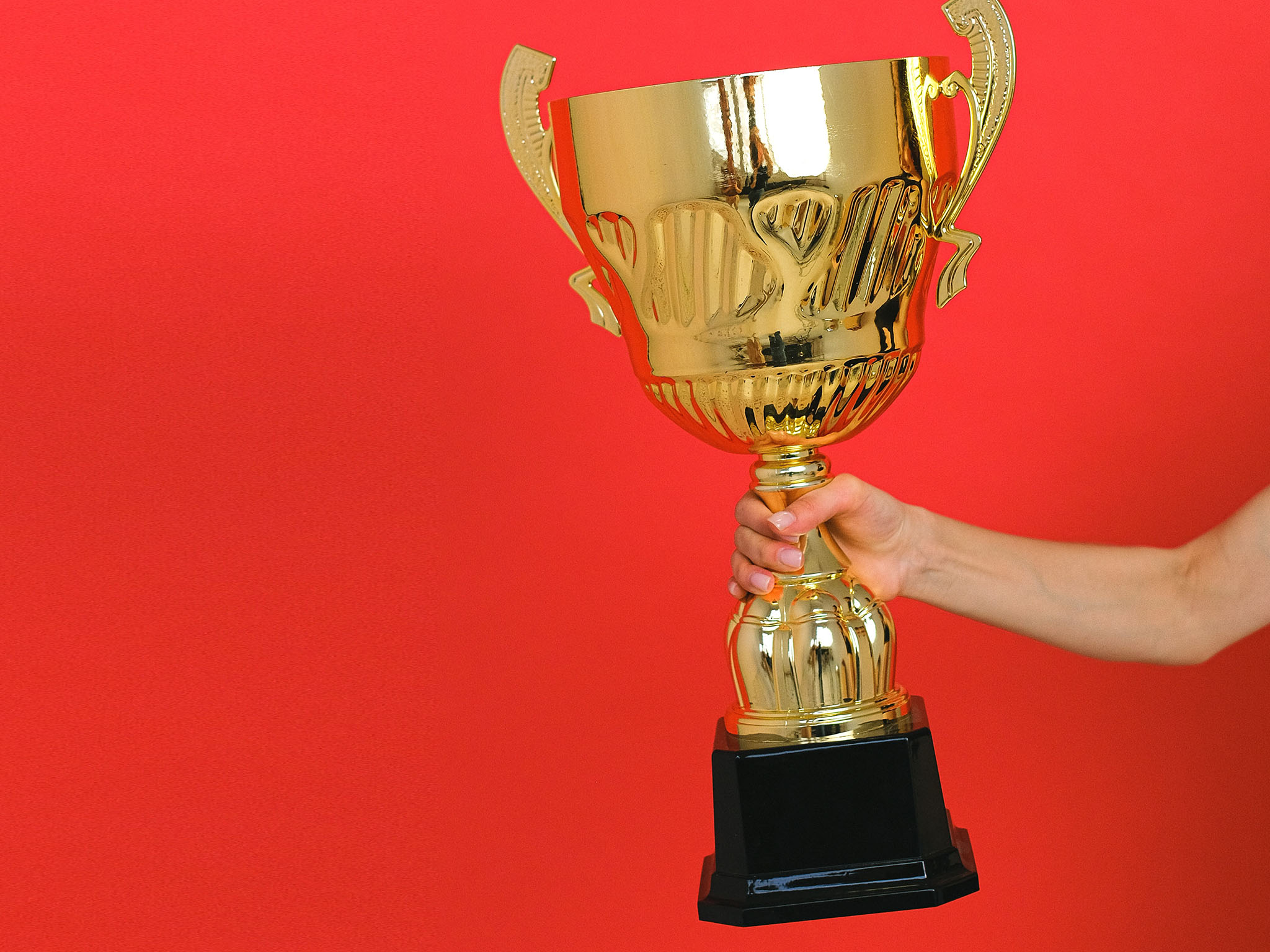 All around the world business students are once again gearing up for an epic battle of minds. From Beijing to Buenos Aires they are steeling nerves, puzzling over SWOTs and swotting up on PESTLEs.

Students Without Borders – A Week of International Cooperation and Competition 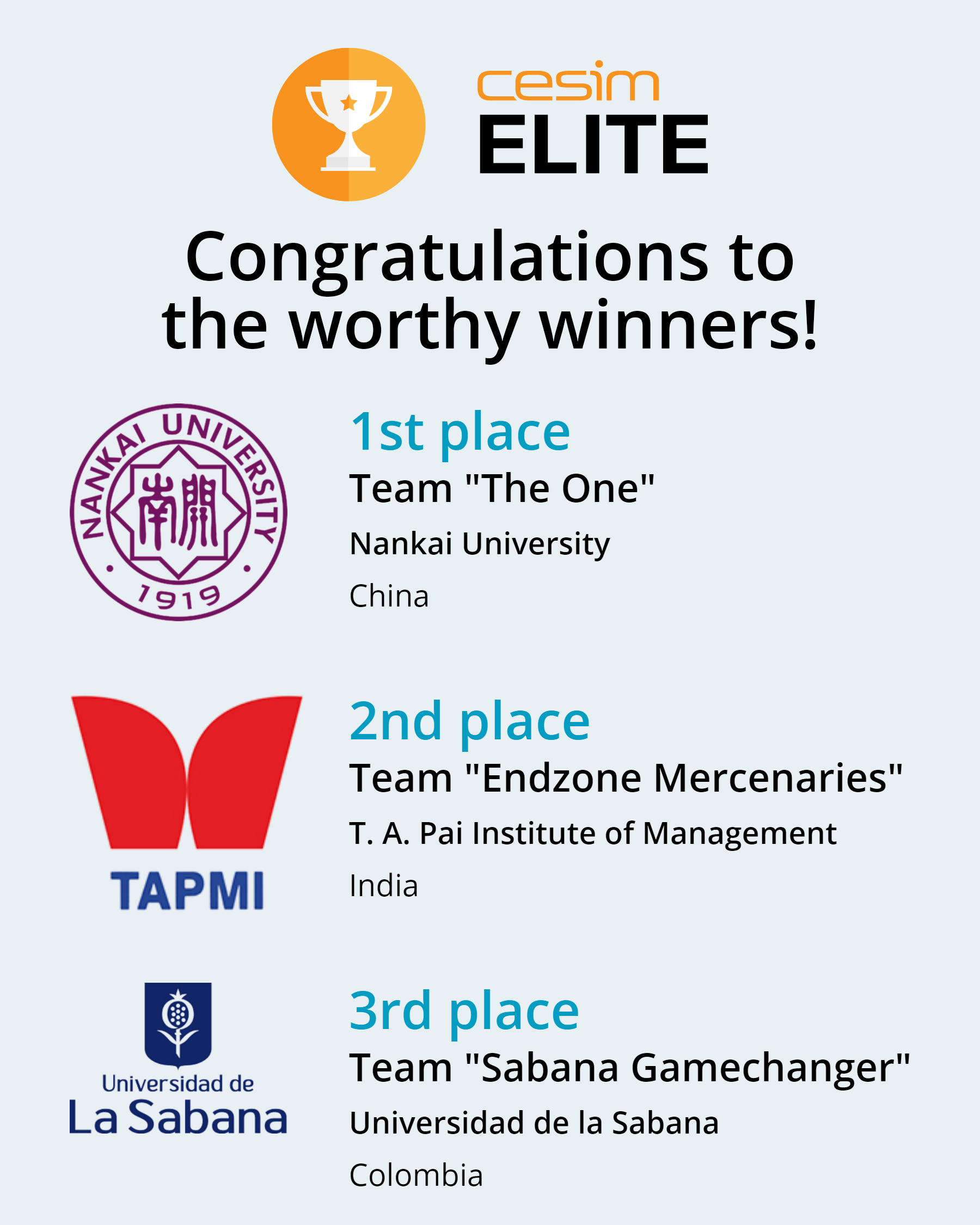 The Cesim Elite 2021 final wrapped up last Sunday after a rollercoaster of suspense, surprise, self-reflection, and ultimately tears of joy. An intense and intensive week competition saw 18 teams from 16 universities battle it out to become the inaugural world champions.

With the international Cesim Elite final 2021 starting tomorrow, teams are already in the starting blocks!

Selected among 8000 students worldwide through local qualifying competitions, 18 teams from 16 institutions have qualified this year to participate in the Cesim Elite tournament's final.

This year, finalists from more than 12 nationalities are competing for the title of Cesim Elite world champion and win the grand prize.