Already for the 14th time, students of Stockholm School of Economics in Riga organized an international business student competition called Peak Time. After an intense four-day final event, the winners were revealed: the first place was taken by team Glober, coming from the Chinese University of Hong Kong. Second and third places belong to Sikhara from the National University of Singapore and One Hit Wonders from the National University of Singapore as well. Overall, there were 20 teams with participants coming from 17 different countries.

During the finals, participants had to show their analytical and decision making skills in an online business simulation game provided by Cesim Business Simulations, Peak Time's long-term intellectual partner. The participants spent 8 challenging hours running and controlling their business in a competitive online simulated business environment. Later on, the same finalists had to provide their solutions for a case study about Sinfonietta Riga, a small chamber orchestra in Riga, facing sustainability problems, which was provided by the consultancy Strategy Labs. This year was a little bit different comparing to past, since the case study was made based on a real situation and organization, which was not only interesting for the participants but also beneficial for the management of Sinfonietta. Finally, the top 5 teams were announced in the midst of the Peak Time 2013 party. And only 8 sleepless hours later, they got their hands on a top-notch case prepared by Peak Time's main supporter - management consulting boutique Civitta. The finalists had to deliver a video game launch strategy in just a couple of hours. The competition was very intense and required out-of-the-box and critical thinking, and ability to apply theory in practice.

Alongside the competitiveness, participants took part in guest lectures held by top ranked specialists from all around the globe, as well as creative industry representatives, who left everyone deeply inspired.

Also, they got to learn the Latvian culture and introduced their own countries during national and cultural evenings, which proved to be a lot of fun for both- organizers and participants.

These four days were an unforgettable and life changing experience for everyone. Peak Time 2013 finals were full of impressions, networking, emotions and fun. It is the place where you can be sure, that every new contact established will be useful later on in your life. After all, it's the youth, who shape the tomorrow of business! 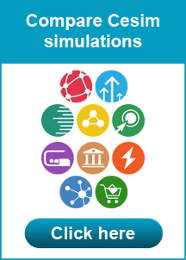