Brazilian university takes simulation games to the next level

In addition to using in-room business simulation games, PUCPR organizes an annual event that involves students from the institution and community members 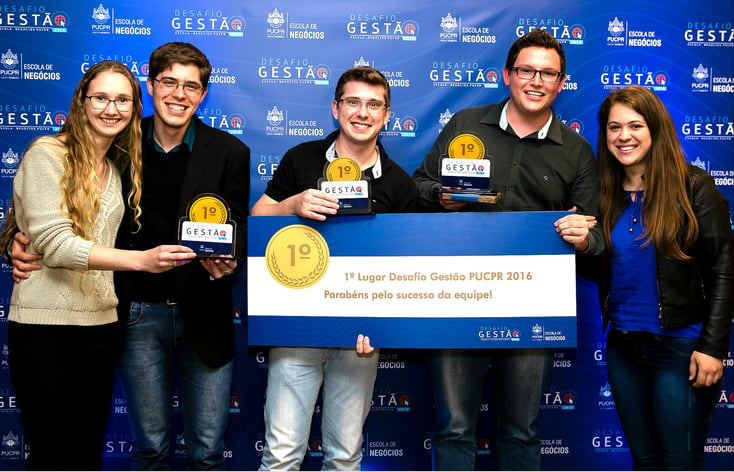 It has been proven that simulation games are important tools for business education. But some institutions go further and use simulations for activities involving students from various areas, as well as the general public. This is what the Business School of the Pontifical Catholic University of Paraná (PUCPR) does in southern Brazil. Each year, they organize a competition known as “Desafio Gestão” (Management Challenge), in which the winners are awarded business specialization scholarships.

PUCPR is recognized as one of the main universities in Brazil due to its infrastructure and excellence in education. It has approximately 30 thousand students and 1,300 professors in its five campuses. Research is a priority at PUCPR, and, with about 500 doctors among its staff members, the institution is responsible for 20% of all scientific publications in the state of Paraná. PUCPR Business School offers undergraduate, MBA, Master and PhD programs, as well as an Executive Education Program and On-Demand Services for companies.

The professor and coordinator at PUCPR Business School, Luciano Ferreira, explains that the institution has always used education technologies in their classes, and they used to organize events in smaller proportions, exclusively for students of the institution. At the end of 2014, the School decided to re-evaluate the use of simulation games, so, in the following year, started using Cesim games. "We agreed that we should mark this new stage of the School with the use of a worldwide simulation that would allow us to conduct our plans of internationalization", explained the professor.

As for 2015, the challenge has grown and has come to accept students from other areas, other institutions and even members of the community who no longer study. As the challenge happens in an online environment, people from other countries are also welcome to participate. In order to register for the competition, each participant must donate one kilo of non-perishable food that is then forwarded to charitable foundations. The participants have to sign up as part of a team comprised of four people. 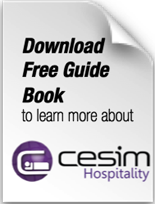 Each year, the Business School chooses a different simulation for the challenge: Cesim SimBrand was the selected game for 2015 when 454 people joined the challenge. In 2016, the 500 competitors used Cesim Hospitality. "The idea is to always change the simulation because the same participant can return next year. The player only receives the information about which game will be used one week before the beginning of the challenge," said the coordinator.

No formal training is offered before the challenge. Instead, the participants are in charge of learning how to use the simulation on their own, with the help of available materials (texts, slideshows, and videos). "The simulations are very easy to handle, and we make it clear that one of the components of the challenge is the individual search for learning", said Ferreira. "Of course, if they eventually have a doubt, we can clarify it or they can use the support channel present in the platform", he added.

At the end of the game, the first three teams received a trophy, and each of the four members of the winning team was awarded a scholarship for any specialization course at PUCPR Business School. This type of specialization costs approximately 15,000 Brazilian Reais (US$ 4,848.25). "The winners have four years to use the scholarship from the moment they are notified. They do not have to be PUCPR alumni, they only need to have a bachelor degree", explained Ferreira. 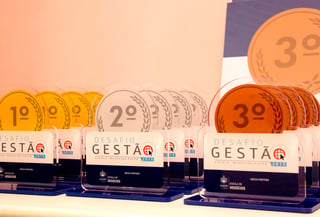 The winner of the Management Challenge is determined according to the final performance ranking and to the time each member of the team dedicates to the challenge. "If we see that one member is not contributing, the team is eliminated", declared the coordinator. To keep in suspense, the results of the last round are hidden until the awards ceremony, which takes place in the auditorium of the university.

Ferreira also states that this type of event can only happen when the institution has a competent and trustworthy partner, as the university has a reputation to preserve. Thus, Cesim simulations were a perfect fit, affirmed Ferreira. "We have full confidence in the product we use because Business School and PUCPR are the highlighted names in case something goes wrong”.

More pictures of the awards ceremony.

Simulation as a teaching tool

Business simulation games have always been used at PUCPR, although this educational tool has gained more strength in recent years. "We have improved the use of simulations, making this active learning methodology more intense. We also invite teachers to practice and use the games", declared professor Ferreira.

Originally, the simulations were worked out as an extra school subject reflecting the content of the courses at the Business School. Now, the games are integrated into regular subjects, which allows the teachers to use simulations the way they prefer. "When we started using Cesim games, the dean and the coordinators understood that the simulations could be used in various areas. Accounting students, for example, can work with the simulation, but focusing on accounting, leaving other matters in the background", said Ferreira.

The professor guarantees that the students get more involved and are more interested in learning when simulations are used: "at the end of the classes, we see that some students spend more time here making their decisions. Sometimes, night students stay until we close the building, near midnight”.

More images of the awards ceremony:

Which Cesim simulation is right for you?

Get an unlimited trial account and a walkthrough
of our business simulation games.